A guide that explains the Current and Potential ability system in Football Manager.

How is a player’s skill build in Football Manager? What do the terms CA and PA mean? And what are these black and gold stars I see in my game? These are just a few questions we see a lot on our community pages.

In this guide we will try to answer these questions and by the time you have finished reading, you will know exactly how the current and potential ability system works in Football Manager.

How quality is determined

To determine the quality of a player, Football Manager uses two ratings called current ability (CA) and potential ability (PA). Both numbers have a range between 0 and 200. In that range 0 is the lowest, 200 is the highest a player can reach.

For example; Lionel Messi has a PA set of 194. Top compare: a player with a PA of 200 could be even better than Messi...

Current Ability is the level a player is at the moment you are looking at his profile. This number is almost always preset by the researchers at Sports Interactive.

However, there are many players - mostly lesser known players - who don't have a preset CA. This means it will be random on each new save you start.

The Current Ability value is a dynamic value, as it can either improve or decline depending on a players development and/or age (older players abilities usually tend to decline).

The Potential Ability of a player will determine the maximum possible level a player can reach during their career. This is a preset number and can never change during the game.

IMPORTANT: The PA of a player shows how good he CAN be, not necessarily how good they WILL be.

A player will only reach his maximum potential under the right circumstances. It will depend on:

After we just learned that potential ability is a preset number, we will tell you know that there is also another option: negative or dynamic potential. This is a number mostly given to players under the age of 21 and lesser known players outside of the biggest leagues.

This has been used by Sports Interactive for two reasons:

Introduction of the halves

To increase diversity even more, SI introduced new ranges in Football Manager with ‘halves’. These are: -95, -85, -75…and on. More options and even more diversity.

Negative potential abilities always have a total range of 30 points. This is the full list:

A -10 rating for a player is a very rare number. Only the biggest talents in the world will receive such a rating. Examples are Lionel Messi, Cristiano Ronaldo, Paul Pogba and most recently Kylian Mbappe. In Football Manager 2021 there is also a player with a -10 rating.

Football Manager will not be gifting you the ability stats of player (unless you install a custom skin with that option). We can all agree that it would be way to easy if you could see the numbers in a player profile…right?

To give you an indication of ability levels the game works with Ability stars. These stars are given by either scouts, coaches or assistant managers. Each player has a maximum of five stars, which are divided in 10 levels.

There are three types of stars in Football Manager:

The stars in Football Manager that are given to players can be a bit misleading as they don’t reflect a player’s true ability or potential. They are an indication and will depend on:

To explain this with an example:
You have Lionel Messi in your team, the worlds best player. He will receive 5 stars for ability and potential.

Needless to say; any other player in your team will receive less stars than he has. Does that make them crappy? Not at all!

If a player has this type of stars in his report this means that there is an uncertainty regarding his current or potential ability. For example a young player could have 2 or 3 white stars because your staff isn’t sure of his maximum potential. Additional scouting will increase the knowledge of a player and the uncertainty will slowly disappear. 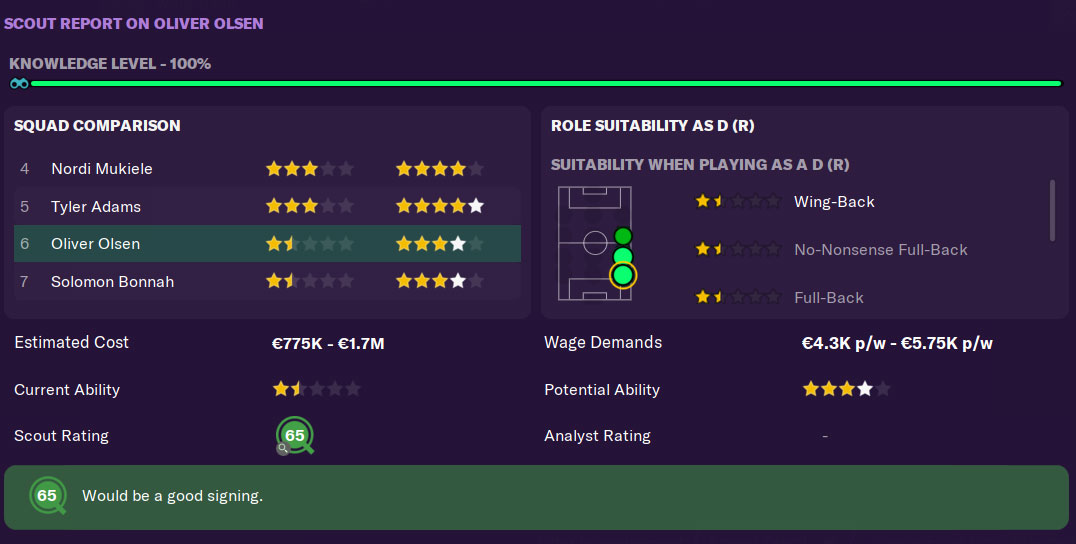