A closer look at the Goalkeeper role in Football Manager.

What is a Goalkeeper?

Football Manager states: The Goalkeeper role focuses on protecting his goal and making saves from shots and crosses. He is the last line of defence and is relied upon to help the team keep clean sheets.

The Goalkeeper can distribute the ball in many ways. He can pass it short to his defenders, try to play out of his defence, or he could play longer passes towards a target forward or a wide player.

The Goalkeeper is only available with a Defend Duty.

The standard goalkeeper role in Football Manager is nothing more than a player who has to stop shots. When he has the ball in his possession, his only task is to hand it over to a player who can do something with it. 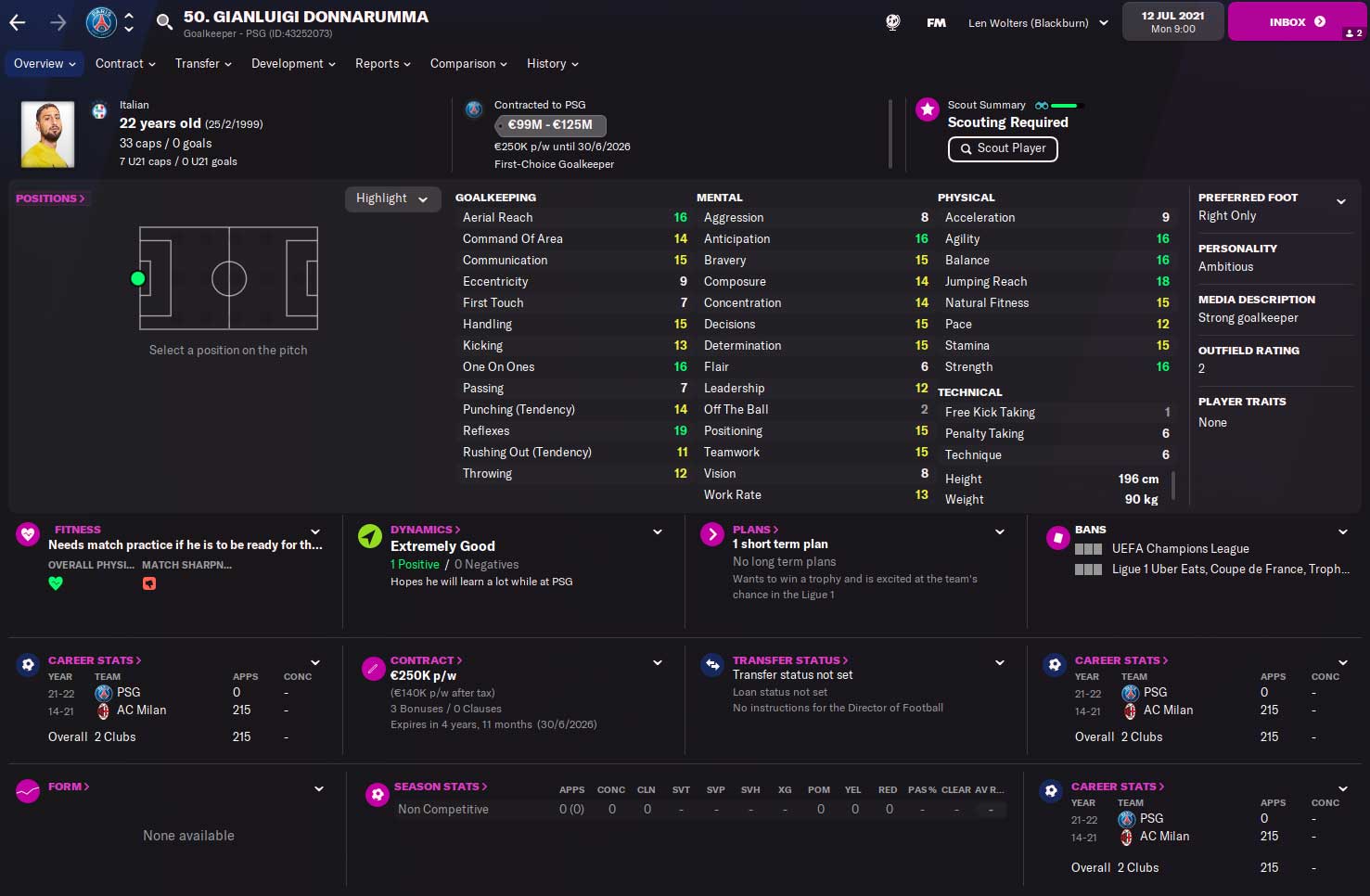 When do I pick a goalkeeper?

Obviously every team needs a goalkeeper… However the role depends on the type of goalkeeper you would like: a normale goalkeeper or Sweeper Keeper.

If all you expect from a goalkeeper is to stop shots, then this role is exactly what you're looking for. In this role, the keeper won't do anything crazy. He stays on his leash and won't leave it anytime soon.

With a normal or somewhat lower defensive line, the standard Goalkeeper role is more than adequate and you don't have to make any adjustments to his personal instructions. The goalkeeper doesn't have to defend the area in front of his goal area because your defenders are already playing it.

When the goalkeeper has the ball

Nowadays, the goalkeeper can participate in the build-up of an attack. However, the 'Ball-playing Goalkeeper' is not (yet) an available role in Football Manager. You can create these by shortening his Passing Directness wash and increasing his Passing Risks. You can also set his Distribution in the Team Instructions so that he plays the ball briefly and hands it in to the full-backs, central defenders or the playmaker in midfield.

If you use a counter tactic you can choose to increase his Passing Risks and adjust his Passing Directness. In that case, the goalkeeper will play the long ball faster and it can reach your attackers faster. Use in conjunction with the Team Instructions Distribute Quickly, Distribute Over Opposition Defence and Take Long Kicks for best results. 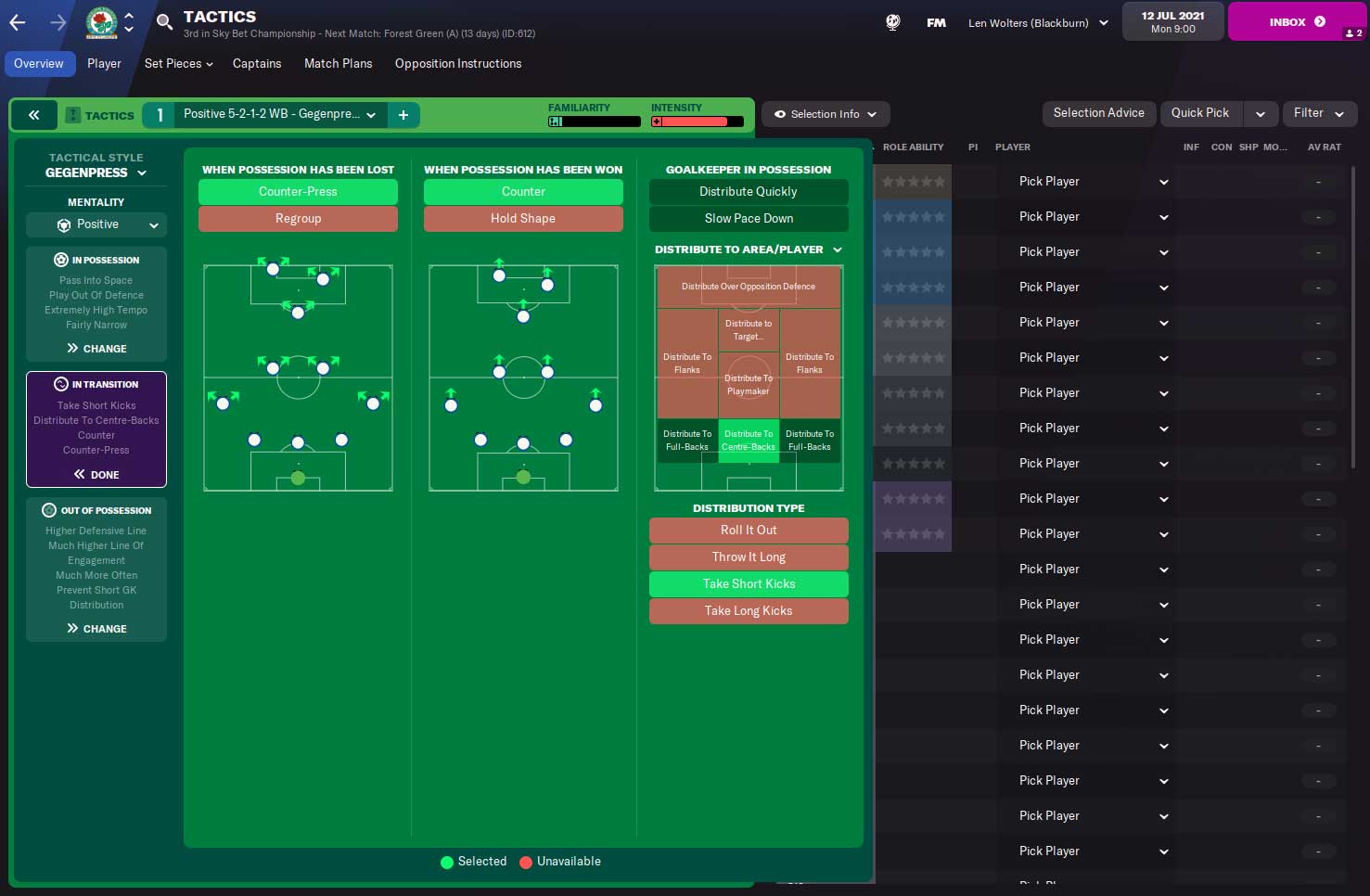 Which attributes does a Goalkeeper need?

The goalkeeper needs a set of standard attributes, focusing on shot stopping, aerial saves and ball distribution. The attributes marked as desireable are not essential but will benefit a goalkeeper in certain situations.

Player traits are actions a player will more likely perform during a match than others.They don't give him extra abilities, but will affect his decision making. A player trait can be learned through individual training or through mentoring.

For Goalkeepers the number of available player Traits are limited. Only one is marked as a specific trait for a goalkeeper:

Some other Traits are available for a goalkeeper to learn but none of these are essential and could only be useful in certain situations.

A list with the 10 best goalkeepers in Football Manager 2023, according to their Current Ability in combination with their key attributes set at 13+.