A healthy squad is essential if you want to have a succesful season in FM23. These are the best Physios in Football Manager 2023.

The role of the physio in Football Manager has changed in recent years. At first he was the only medical staff member at your club, but he has seen his role change with the arrival of the Sports Scientist. Nevertheless, the Physio is still the one who takes care of your injured players and he still plays a major part in keeping your players fit during the season. 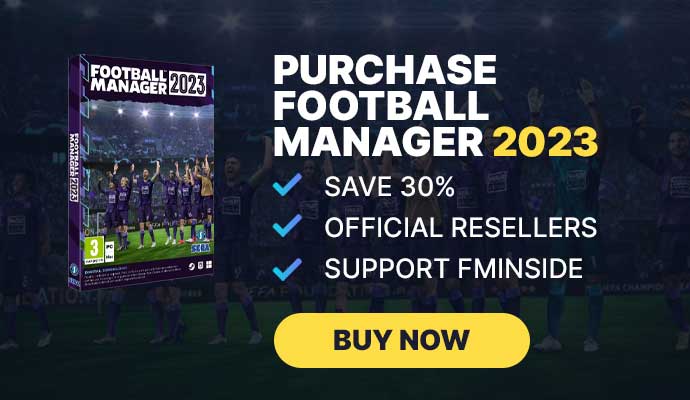 We have created this list according to the important staff attributes that are marked by Sports Interactive in FM23. Meaning, his key attributes are

It is important to realise that we have created this list based on this attribute, whilst adding the criteria that the prefered staff role is in fact Scout.

While Football Manager has never explicitly stated that other attributes are also important to a physio, there are many who believe that attributes such as Determination, Level of Discipline and Motivating contribute to the physio's qualities. We have therefore included these in our assessment of the best Phyios in FM23.

This list is in no particular order and the outcomes in your save may be very different. Also important to mention is that we have compiled this list with a large database containing ALL countries and ALL leagues loaded. 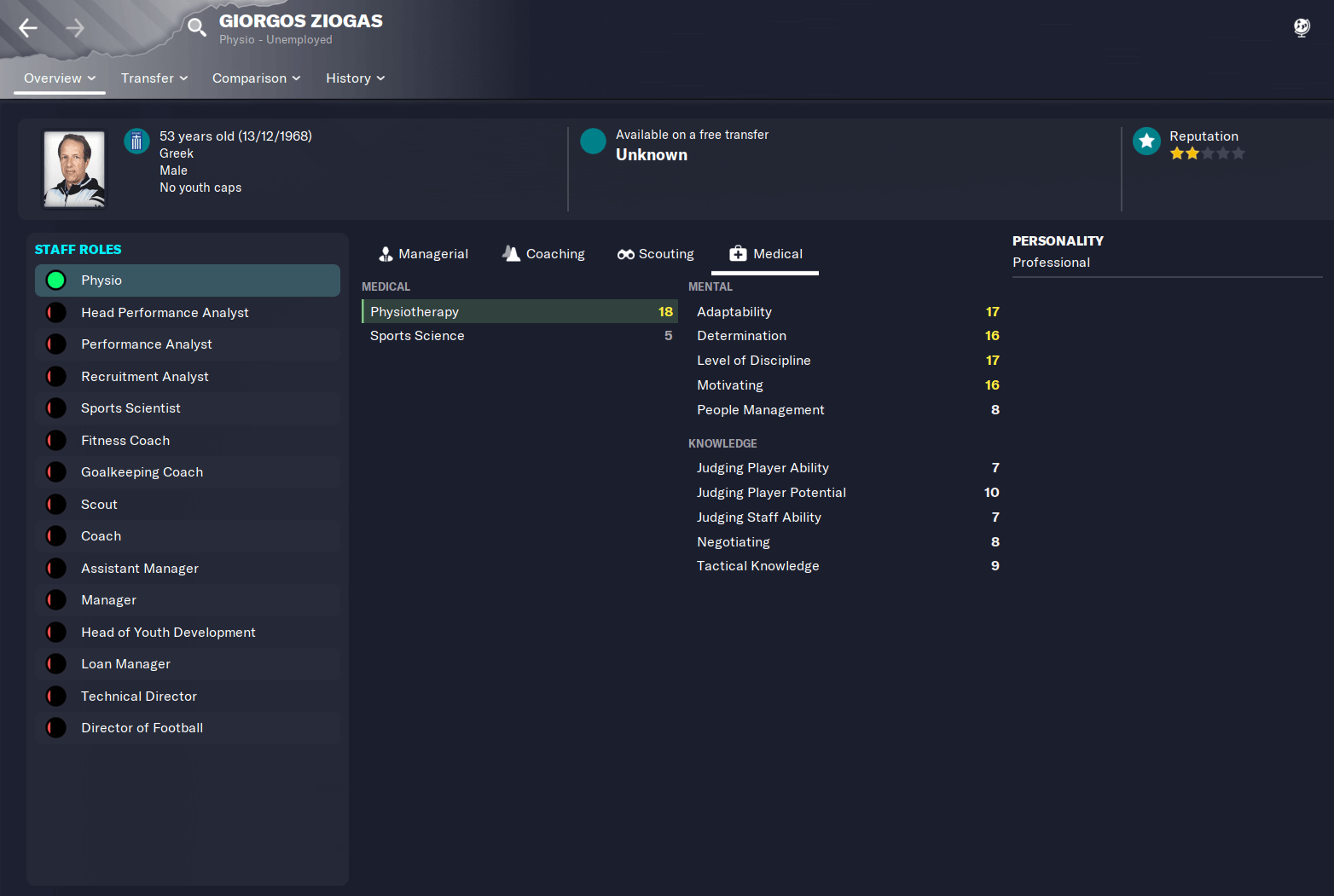 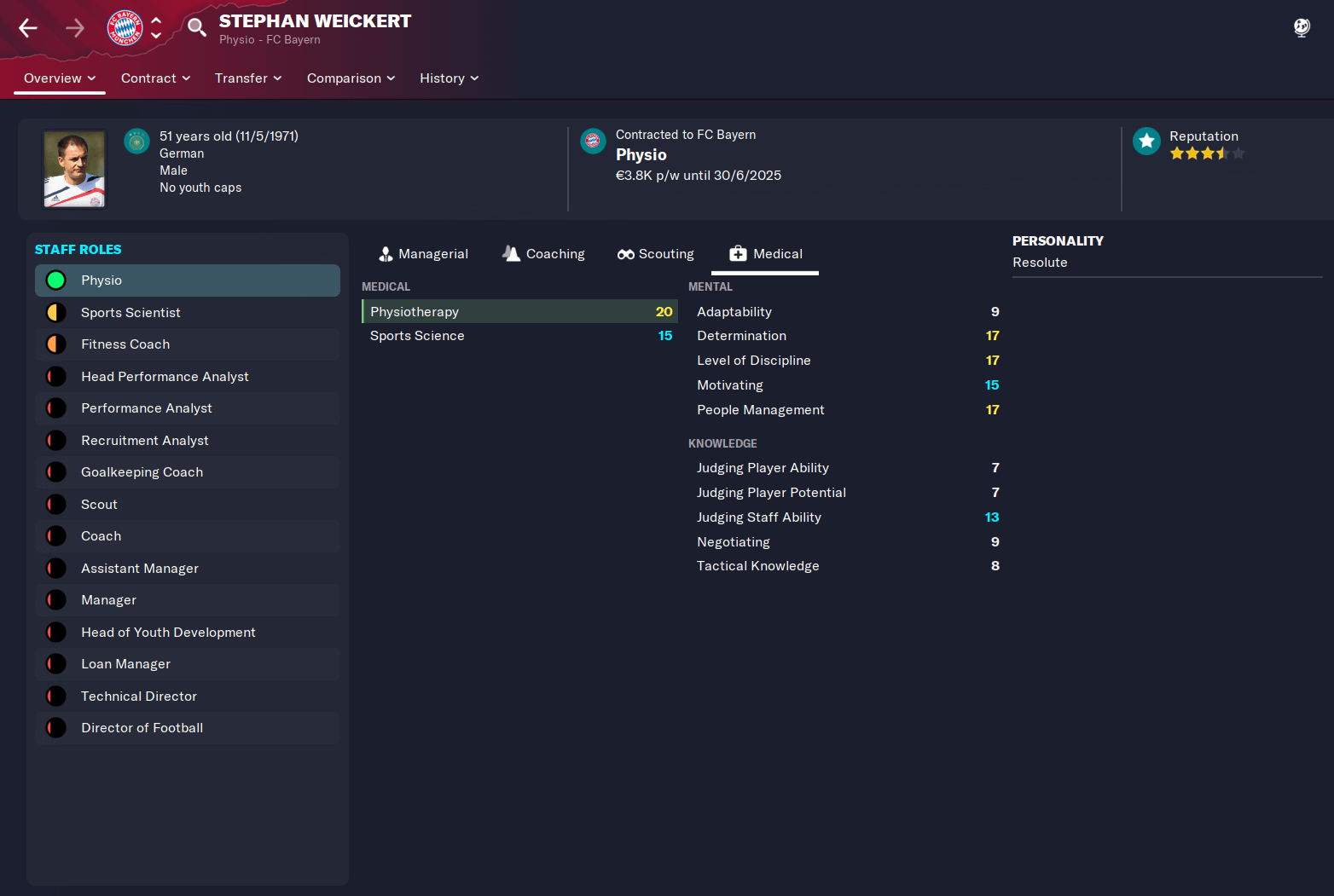 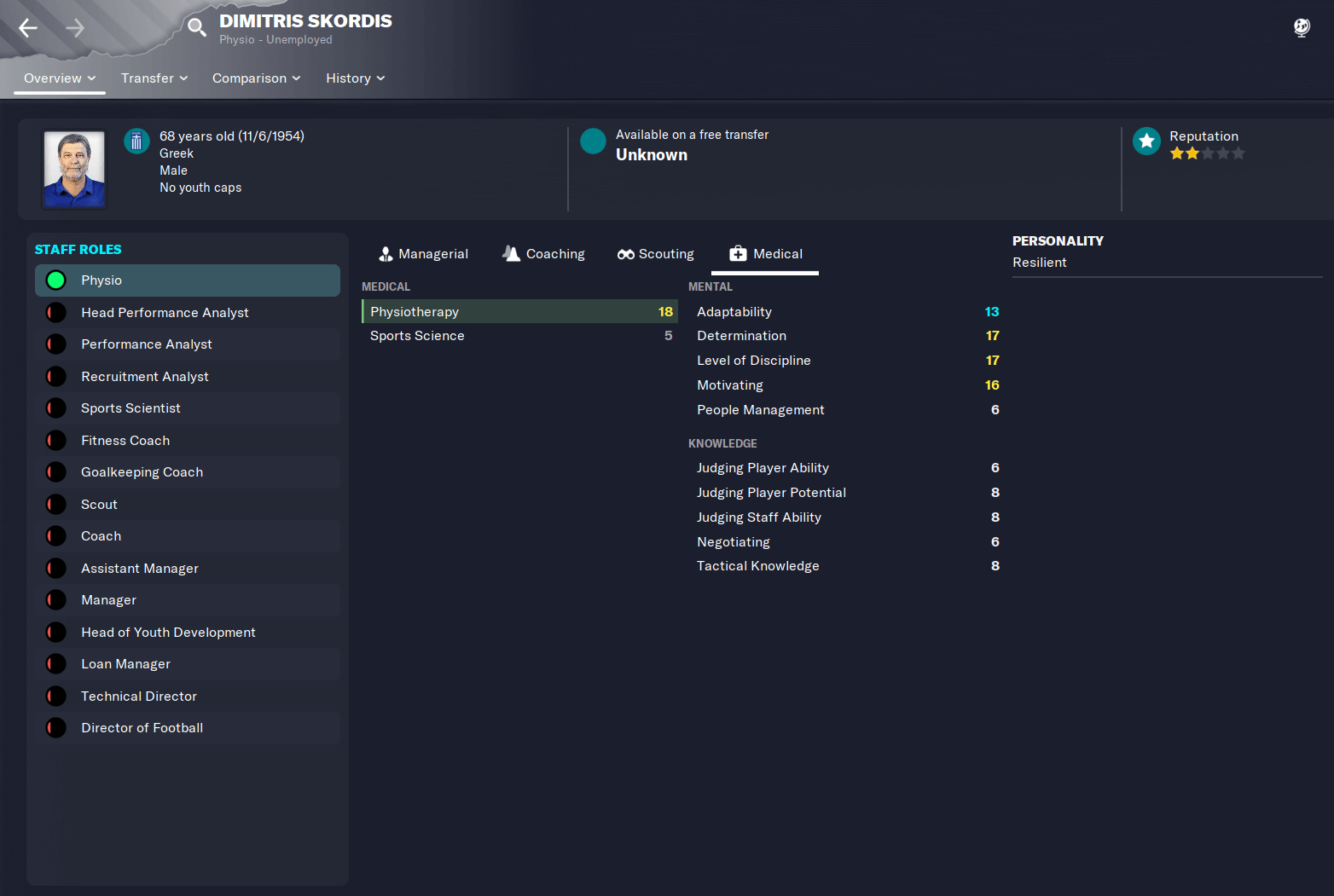 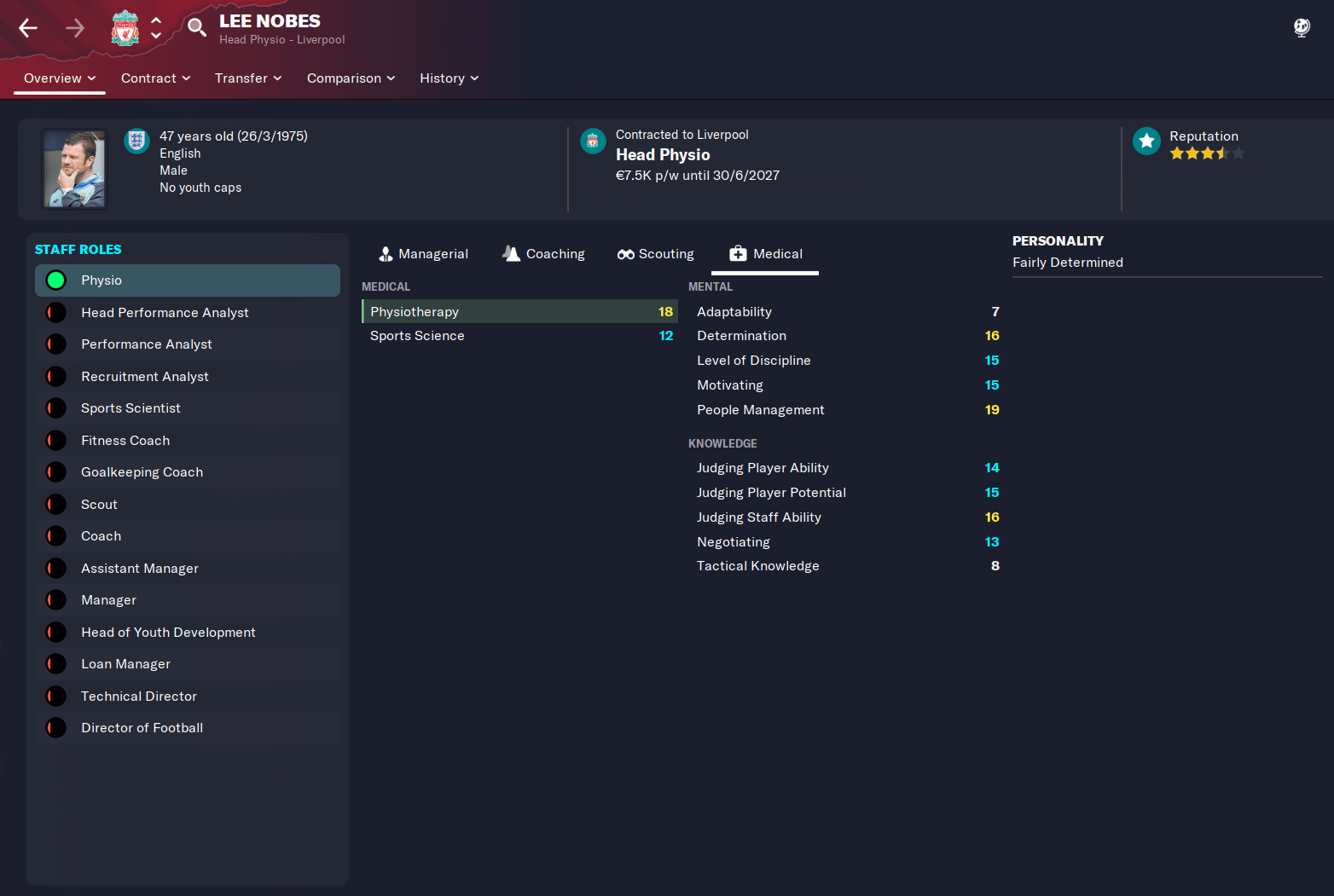 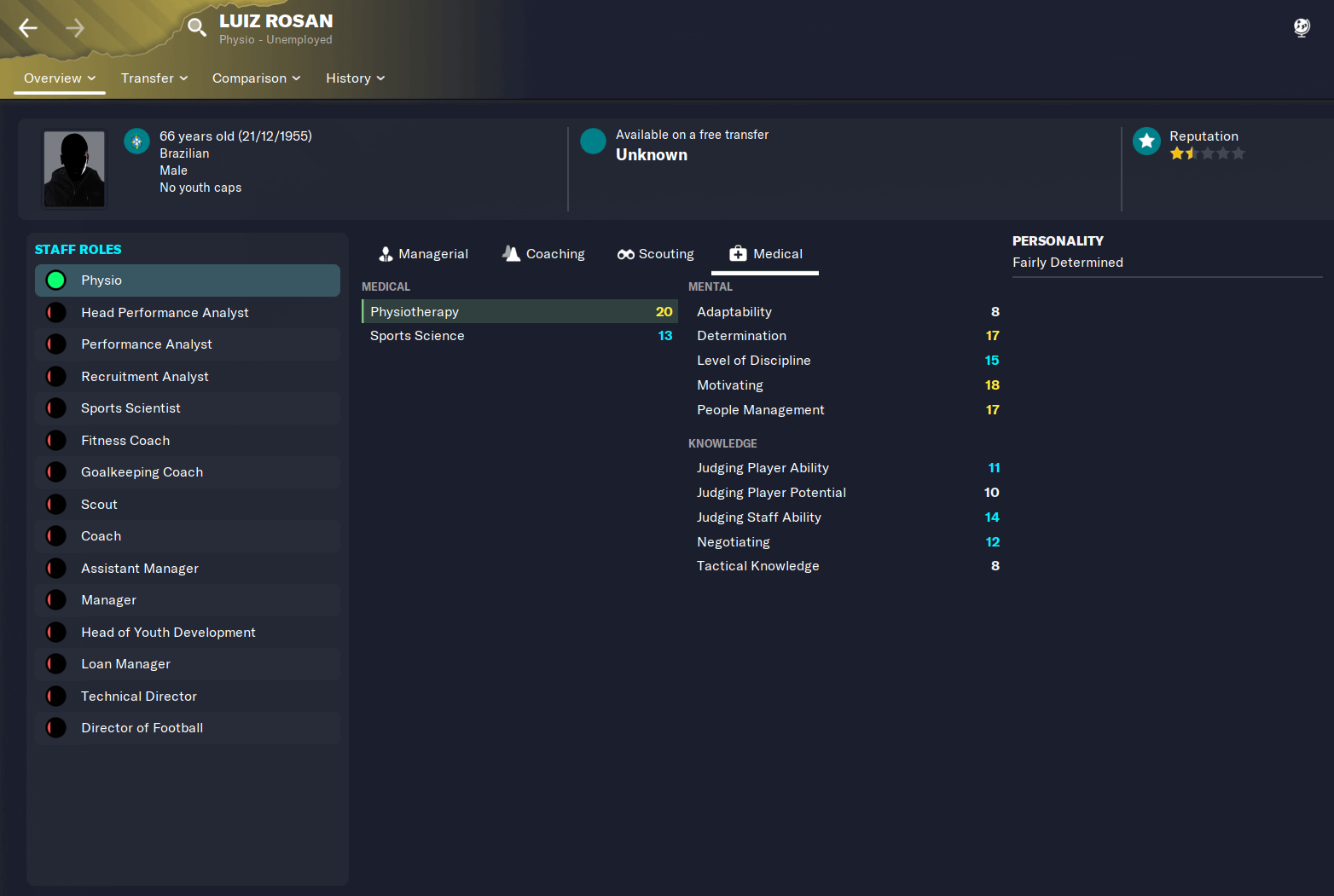 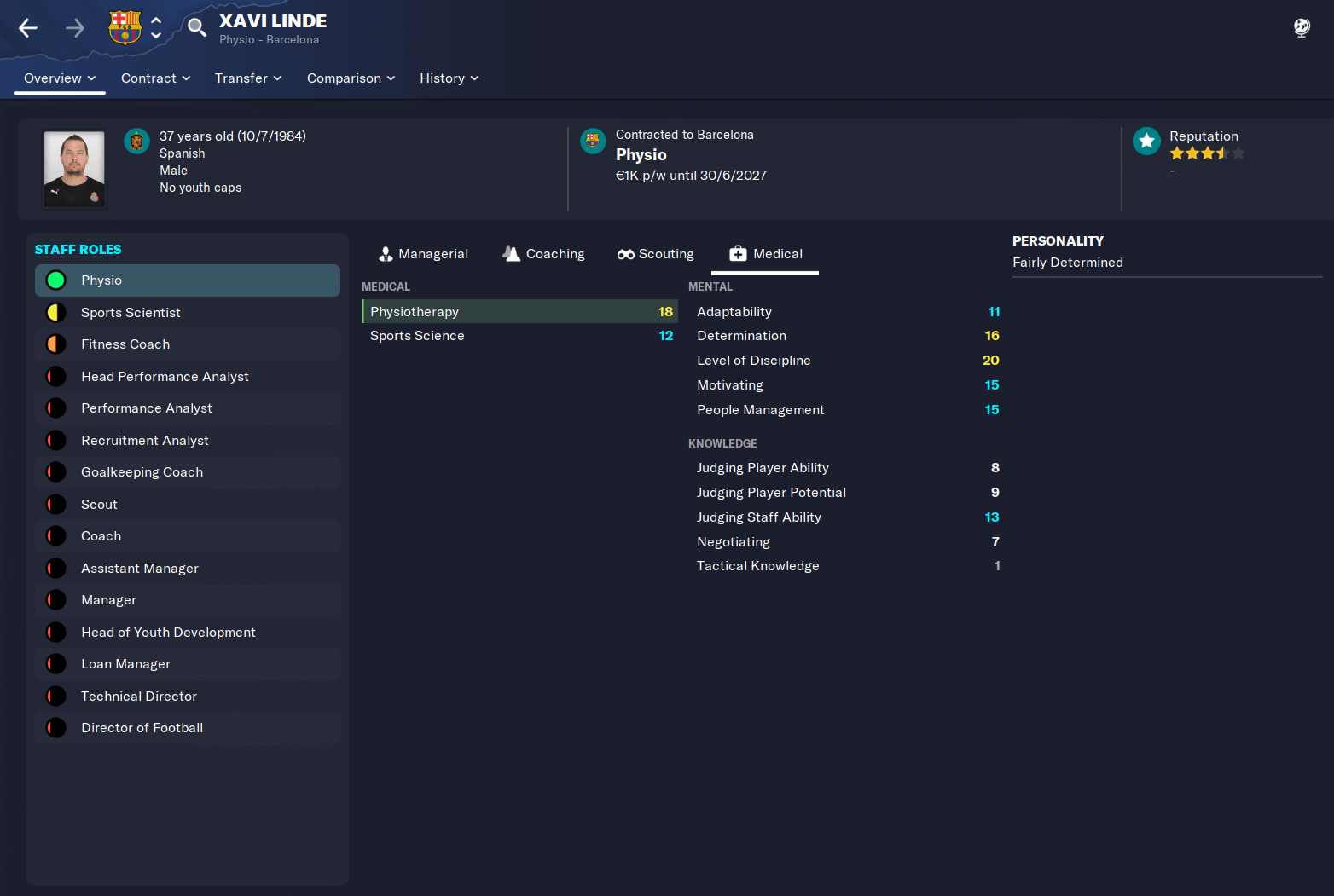 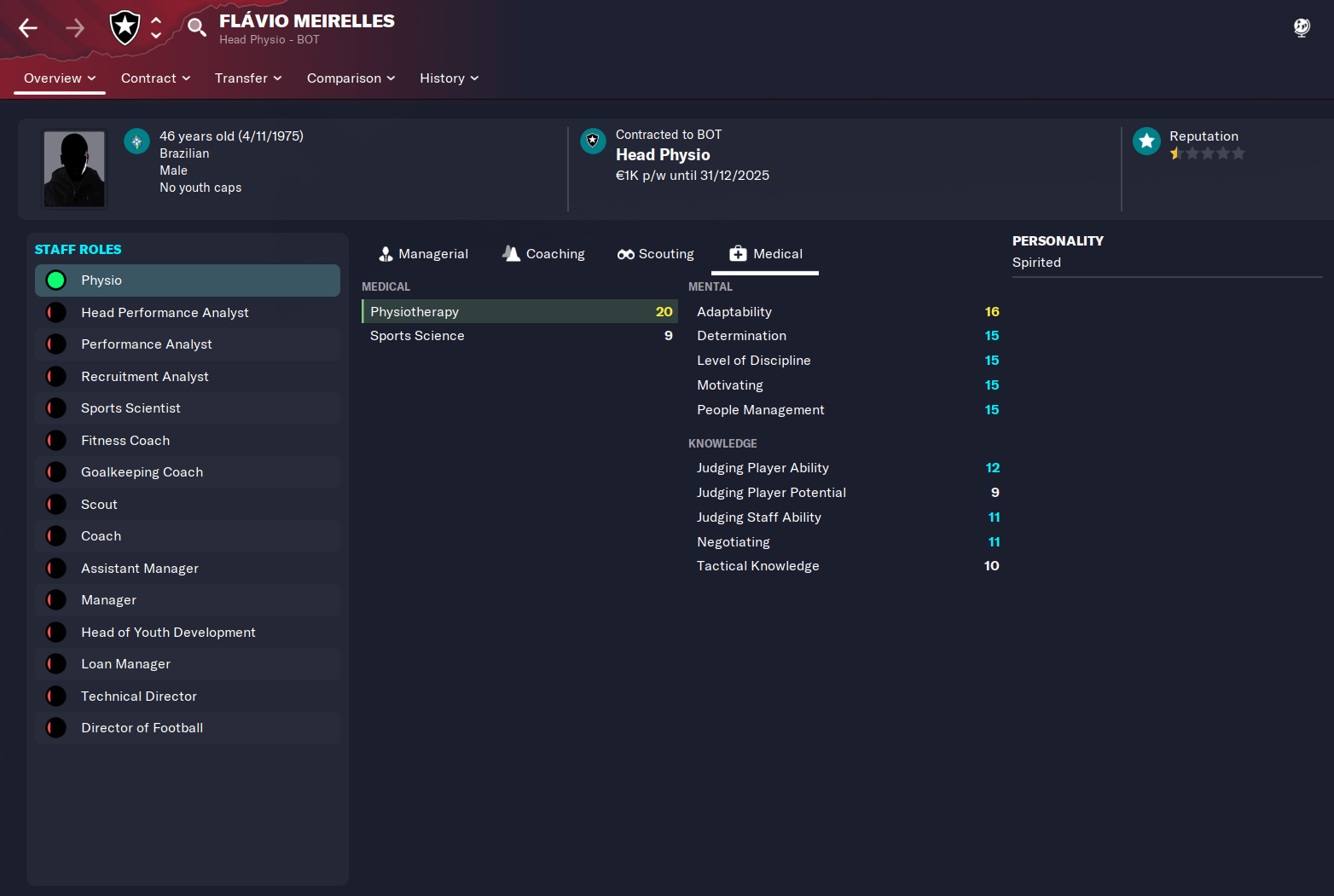 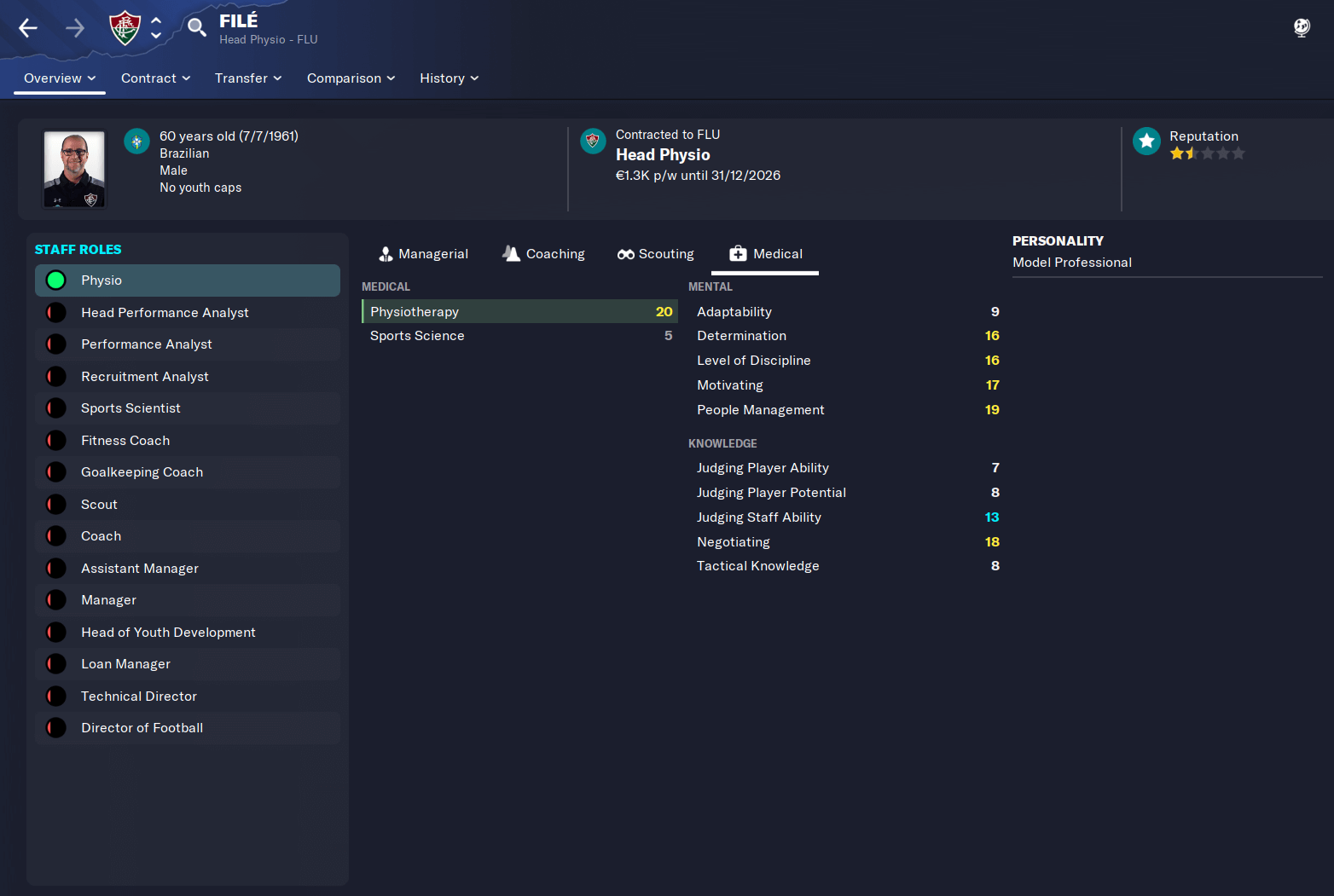 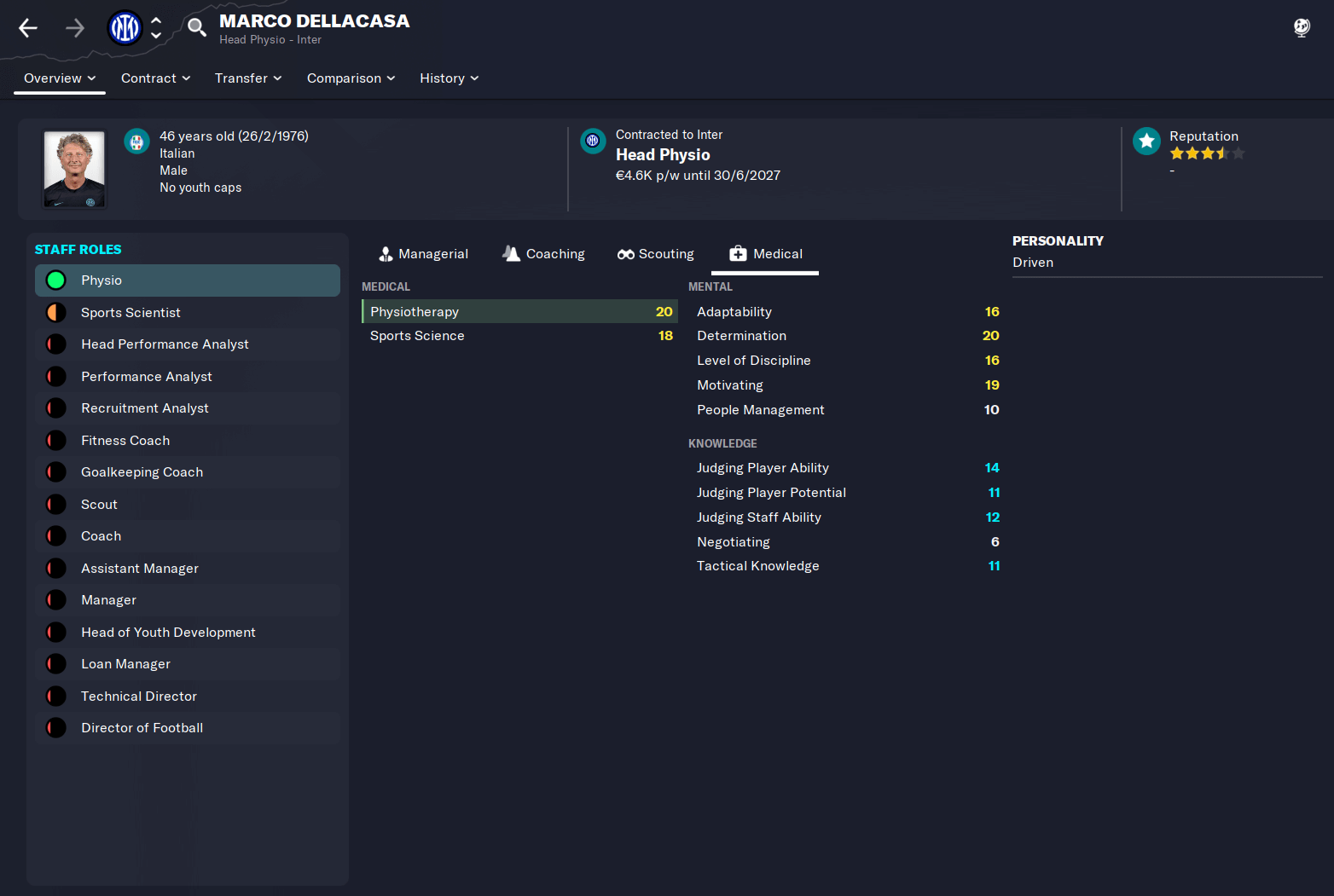 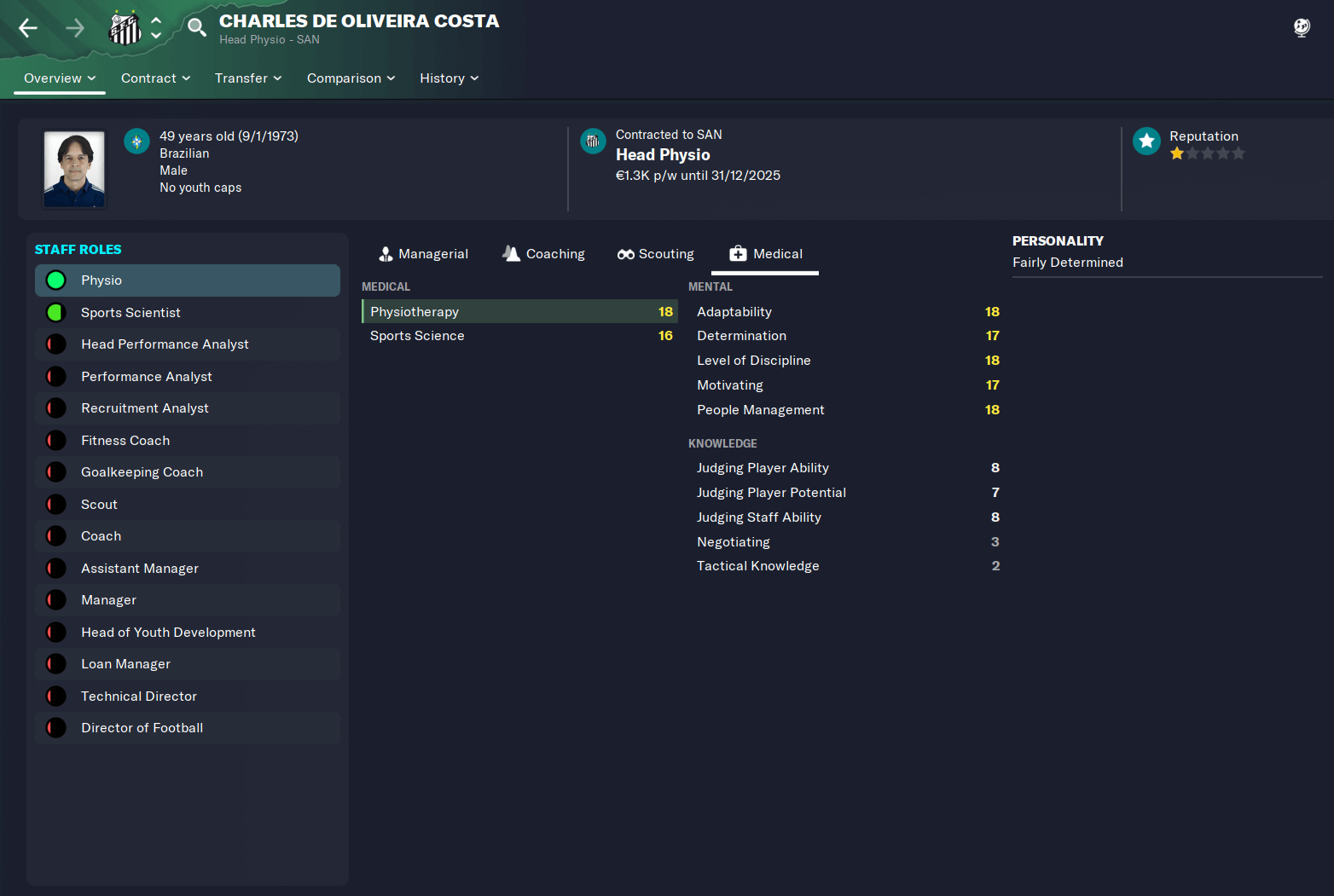 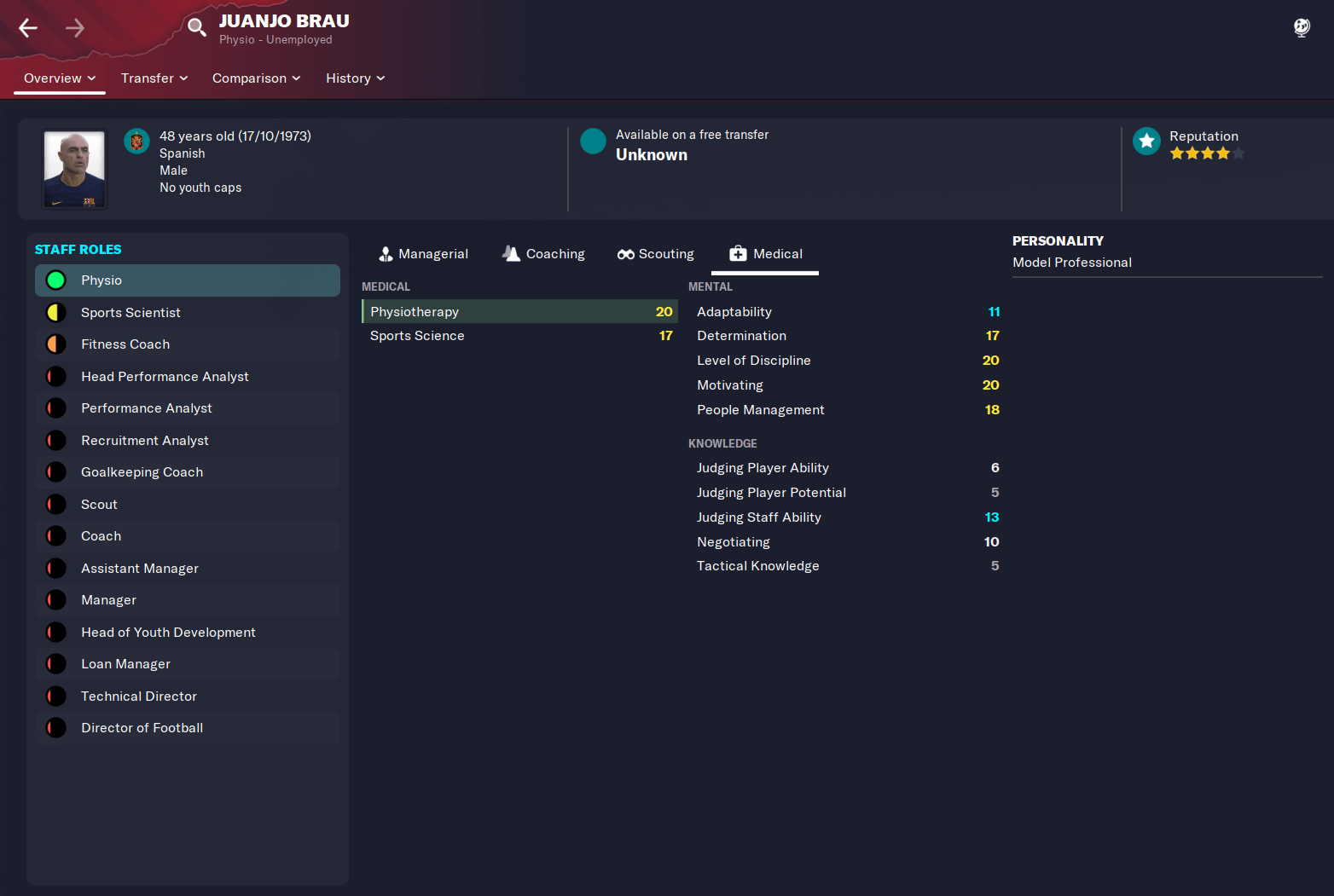 Find the best staff members in Football Manager 2023 by downloading our very own Staff Shortlists. With more than 1600 staff members our shortlists cover every role in FM23.