This download will expand the league system of Germany in Football Manager 2022, adding the regional leagues under the 3.Liga. All credits for this file go to Dani from the meistertrainer forum.

ootball is the most popular sport in Germany. The German Football Association is the sport's national governing body, with 6.6 million members (roughly eight percent of the population) organized in over 26,000 football clubs. There is a league system, with the Bundesliga, 2. Bundesliga and 3. Liga on top. The winner of the Bundesliga is crowned the German Football Champion. Additionally, there are national cup competitions, most notably the DFB-Pokal and DFL-Supercup.

At the start of the game you MUSTset "Oberliga or higher" or "Landesliga or higher". You should only switch between these two options when the game is in progress.

The file can also not be included in already started savegames. A new career is definitely necessary.

The extension does not work?!

Sometimes the file is placed in the wrong folder after subscribing. Unfortunately it has to be copied manually. 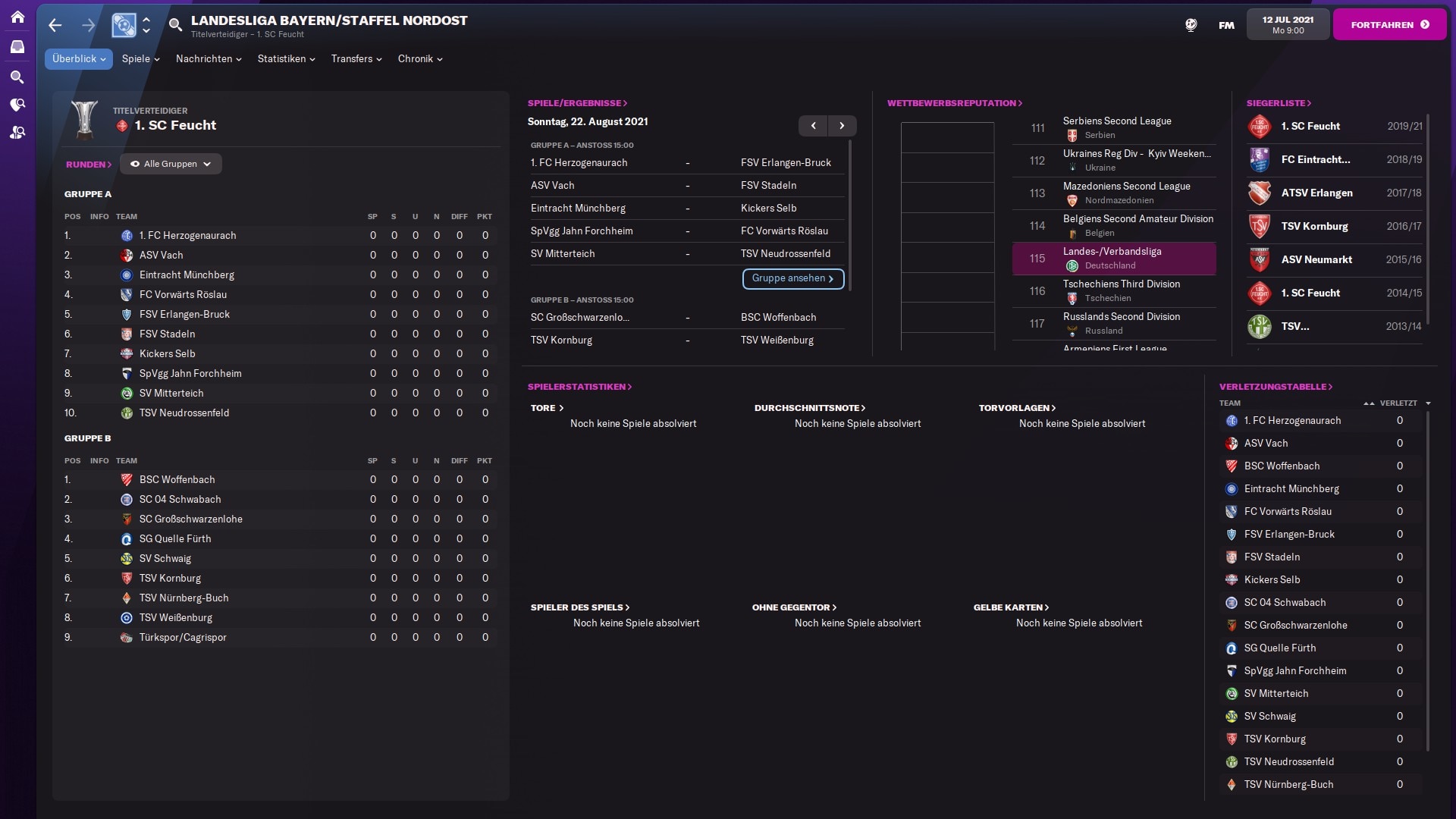 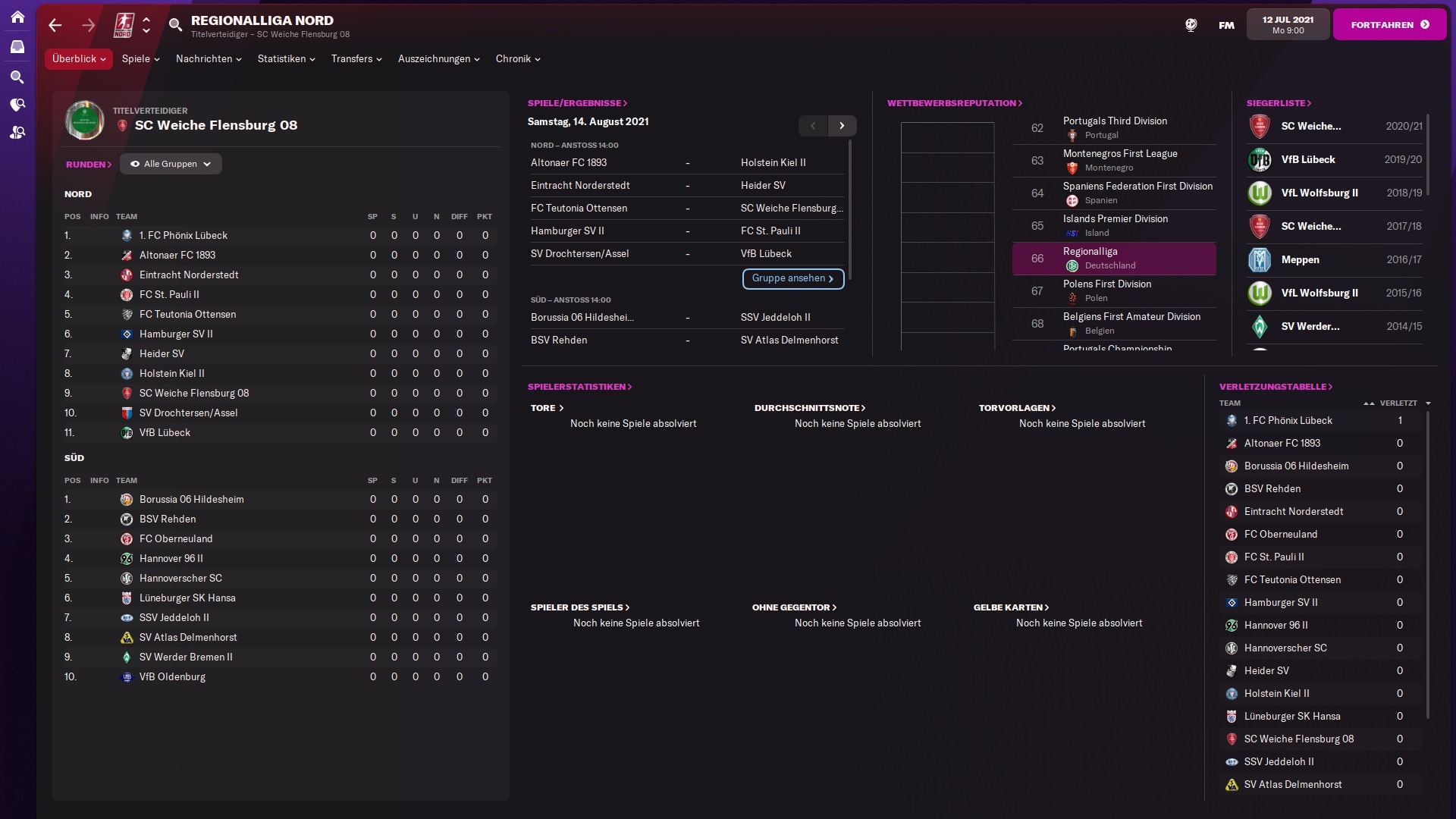 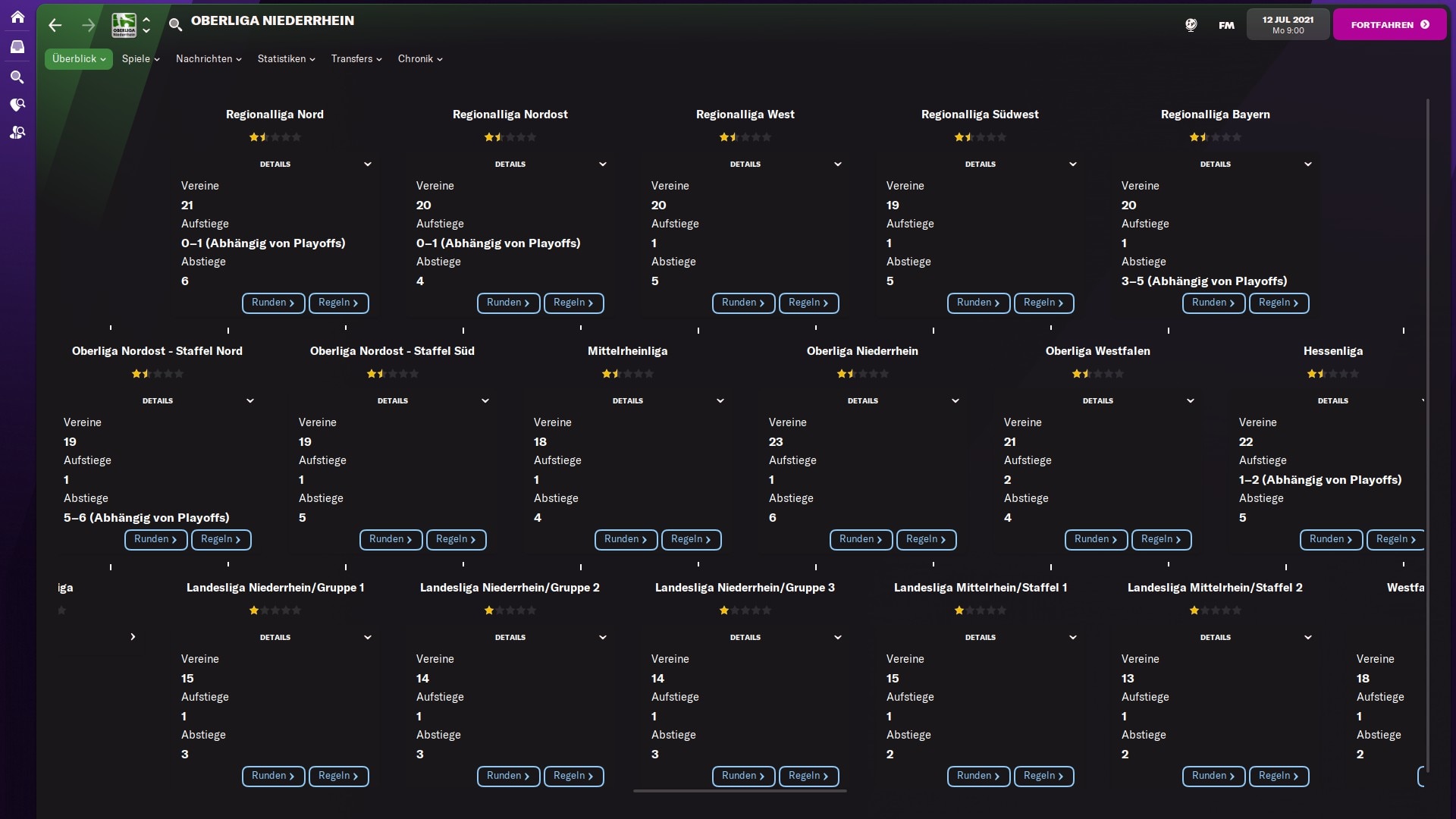 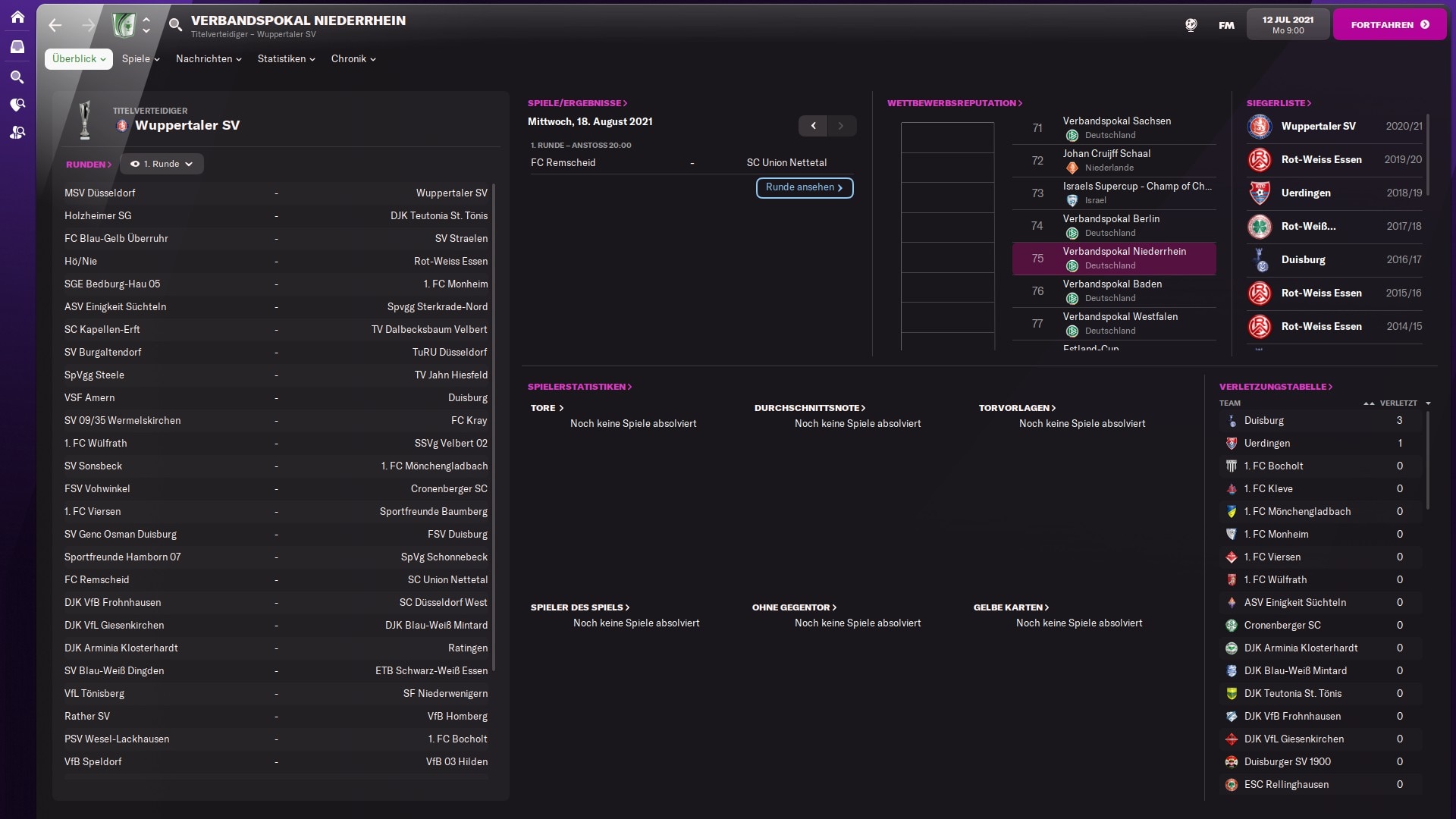 Having troubles installing the file? Have a look at our guide on how to start a new save in Football Manager.