The Football Manager Update 23.3 out now! Play FM23 with the latest January transfers!
Welcome Guest#5778302
HomeShortlistsClubs5 Promoted clubs to start a save with
Filter

5 Promoted clubs to start a save with

A list of five clubs that have been promoted for the 22/23 season to start a new save with in Football Manager 2022.

The new season is drawing near and that is a perfect moment to start your new save in Football Manager 2022 with our very own FMI Update. This update does not only include all the latest summer transfers, but also has every promotion and relegation for every playable league in the FM22 database.

Get the latest version of the FMI Update here.

Every year clubs that have been promoted to a higher league get to dream big. Will they be able to stay up next season or will they suffer and drop back down immediately? Those are exciting things to look at when previewing the new football season! In this article we will present you with five different clubs that have all been promoted.

After a dramatic 1-0 win over Huddersfield Town at Wembley, Nottingham Forest secured their promotion back to the Premier League. It will be the first time in 23 years that Forest will be back in the highest English league. Since their relegation in 1999 Forest had been struggling in the lower divisions, even relegating to the League One at one point. In 2008 they were promoted to the Championship, falling short of promotion more than once. After a disappointing 20/21 season - finishing 17th - Forest managed to surprise friend and foe by not only reaching the playoffs at the end of the season but even winning them in the end!

For the 22/23 season they have already been spending some serious money, securing the signings of some good players like Dean Henderson, Neco Williams and Jesse Lingard. Are you able to keep Nottingham in the Premier League? Why don't you try! 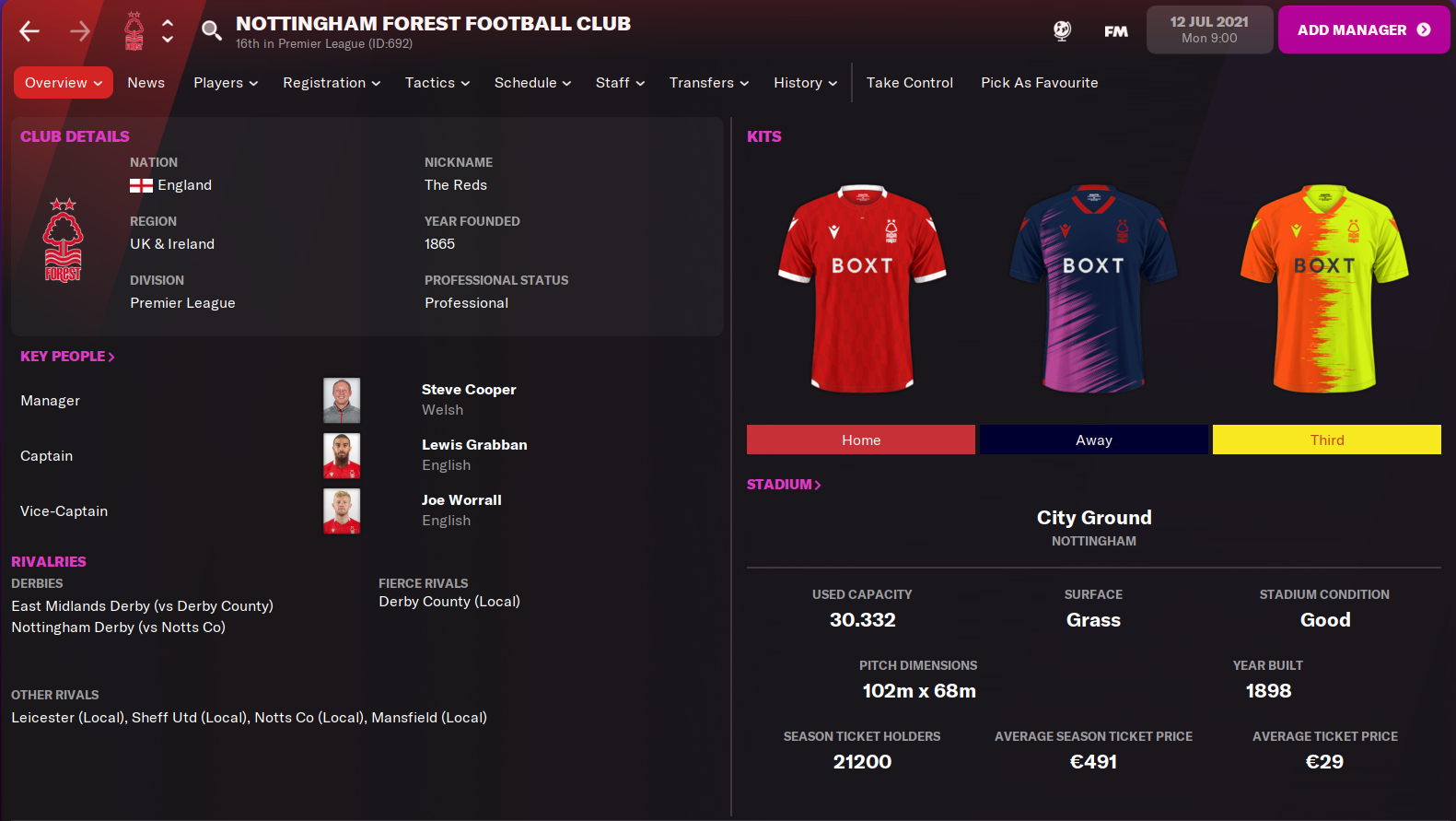 How could we make this list without Schalke 04? Two years ago, a drama unfolded in Gelsenkirchen when Schalke was relegated to the 2.Bundesliga for the first time in club history. After Hamburger SV, German football once again lost a former super power. Unlike the North Germans, Schalke managed to limit their stay at the second level to one season. The title was won and the return to the Bundesliga was secured.

For the new season, the club will have the heavy task of staying in the Bundesliga. To achieve that, the club has been able to bring in quite a few new players during the summer, including Spartak Moscow midfielder Alex Kral. Are you up for the challenge with Schalke and bring them back to the top of the Bundesliga? 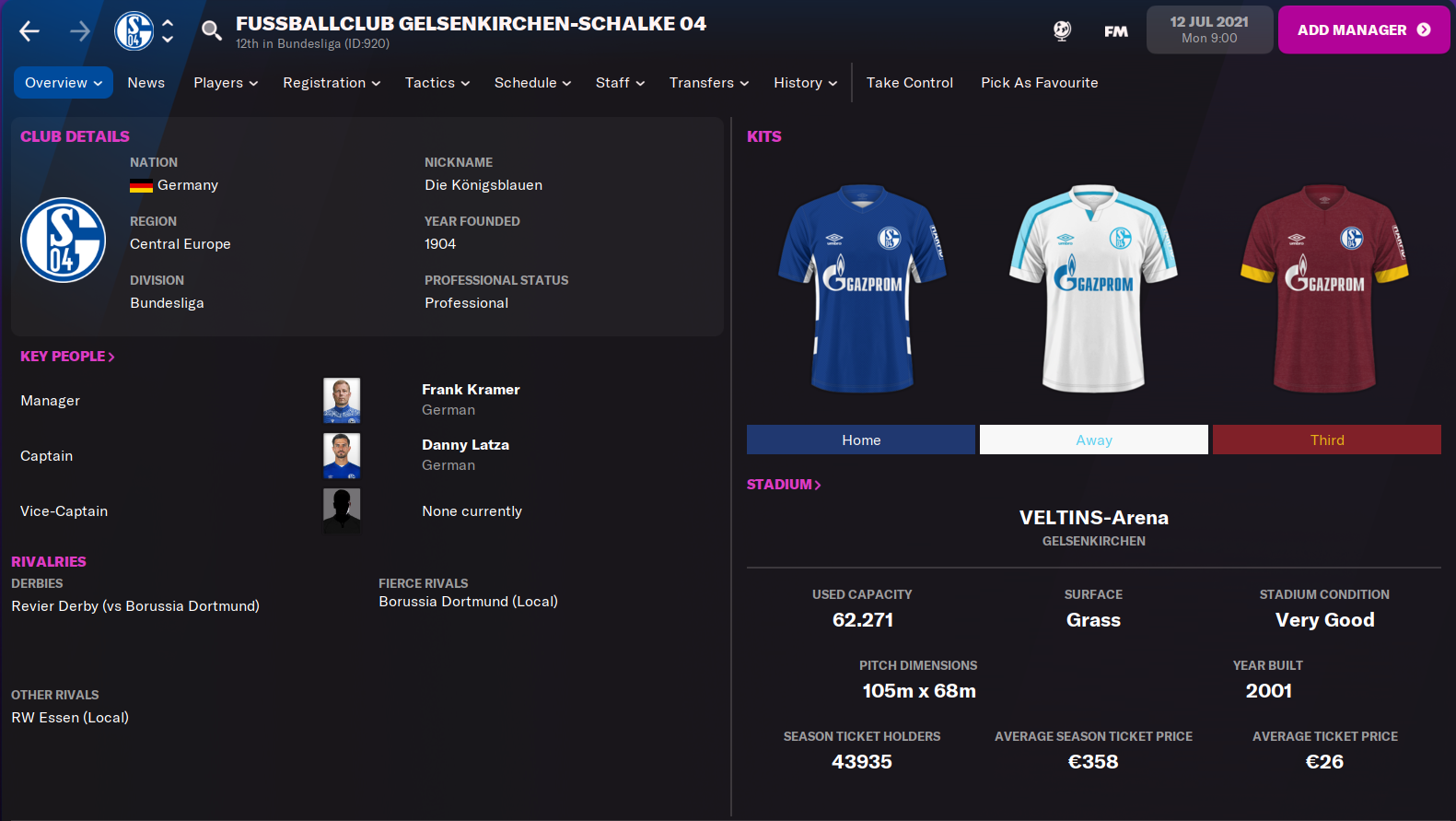 The 2022 / 2023 season also sees the return of a once illustrious club in France: Auxerre. The club, which has been led by the legendary Guy Roux for over 40 years, is back at the highest level after a ten-season stay and looks set to become a stable side in Ligue 1 again.

What makes Auxerre a great team to play FM with? Firstly the virgin white outfit which is really beautiful. Second, the great youth academy and rich history of great players that have come out of this. What about former CM/FM heroes such as Djibril Cissé, Philippe Mexes and Benoit Pedretti. These alone should be enough to start a save with Auxerre. 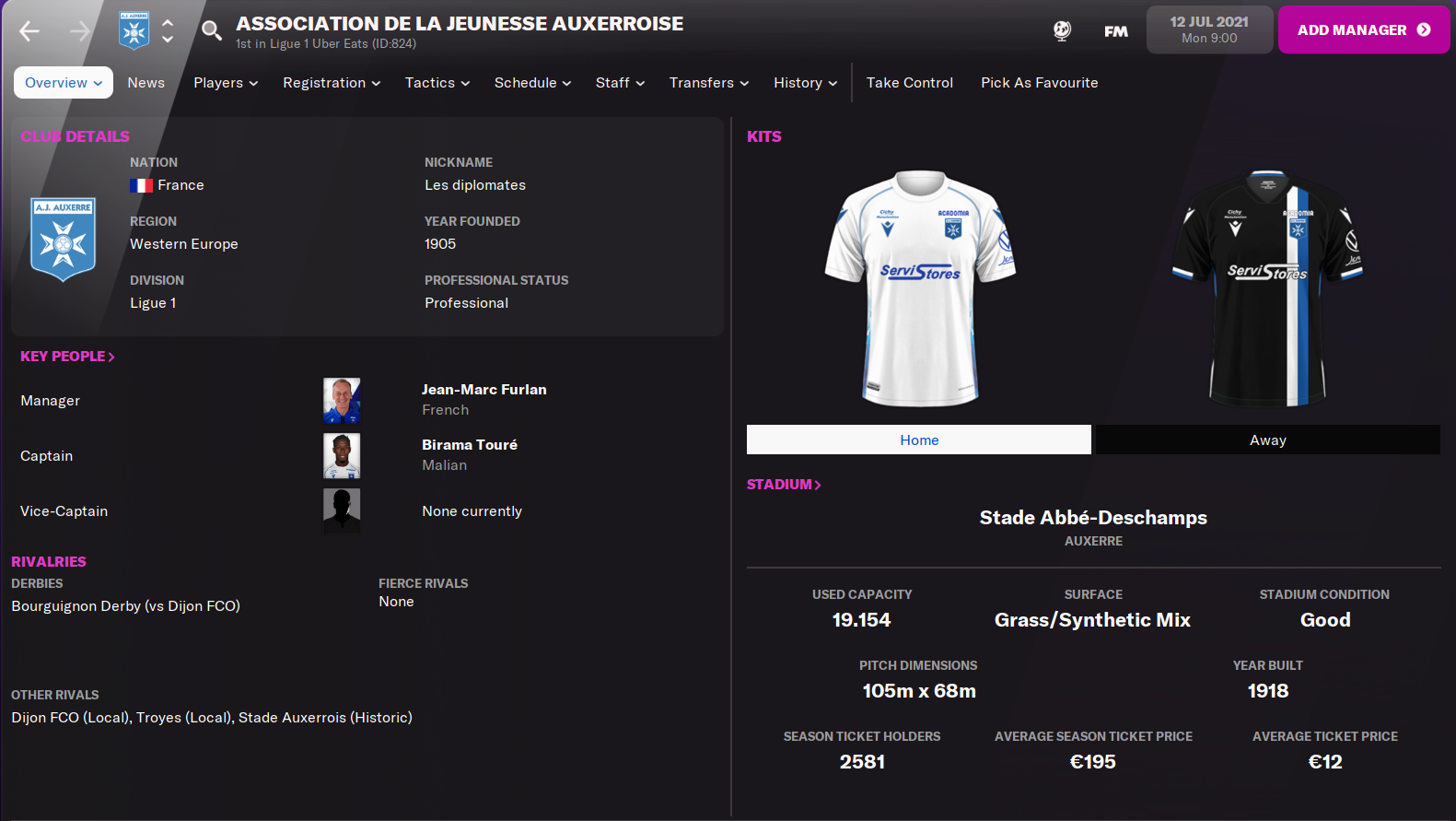 From Italy we chose AC Monza. This club will play for the first time in club history in Serie A next season, breaking its own record for the most number of years at the second level. Over the entire club history, Monza played 40 seasons in the Serie B without ever playing at the highest level.

Monza is a fickle club where a lot has happened in the past, including two bankruptcies. The last of these was in 2015, after which the club officially came into the hands of former Italian Prime Minister and former AC Milan president Silvio Berlusconi. Under the care of his son, the club made the journey up, culminating in promotion to Serie A in 2021. 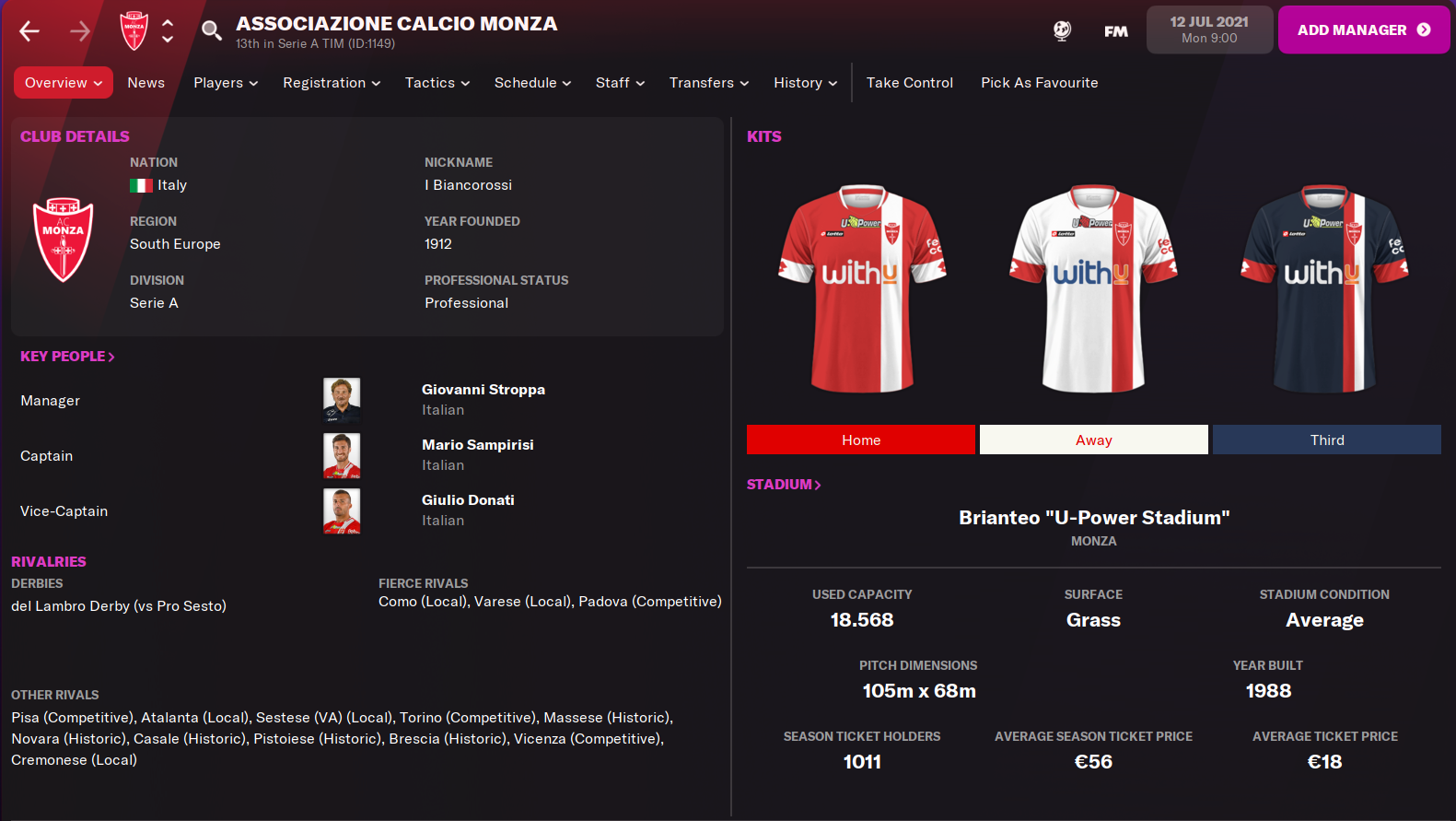 The Dutch city of Rotterdam is the only city that has more than one professional club at the highest level in the Netherlands. Feyenoord and Sparta are regular clubs that have almost always played at the highest level and both are a regular face in the Eredivisie. Rotterdam also has a third club in the Dutch ladder: Excelsior.

This club was founded in 1902 and is therefore even older than Feyenoord. Nevertheless, Excelsior does not come close to the two larger Rotterdam brothers in terms of trophies and success. The club has never won a 'big' trophy and the cabinet is limited to two First Division titles. Excelsior is really a club that you can build from the ground up into a beautiful and successful club. 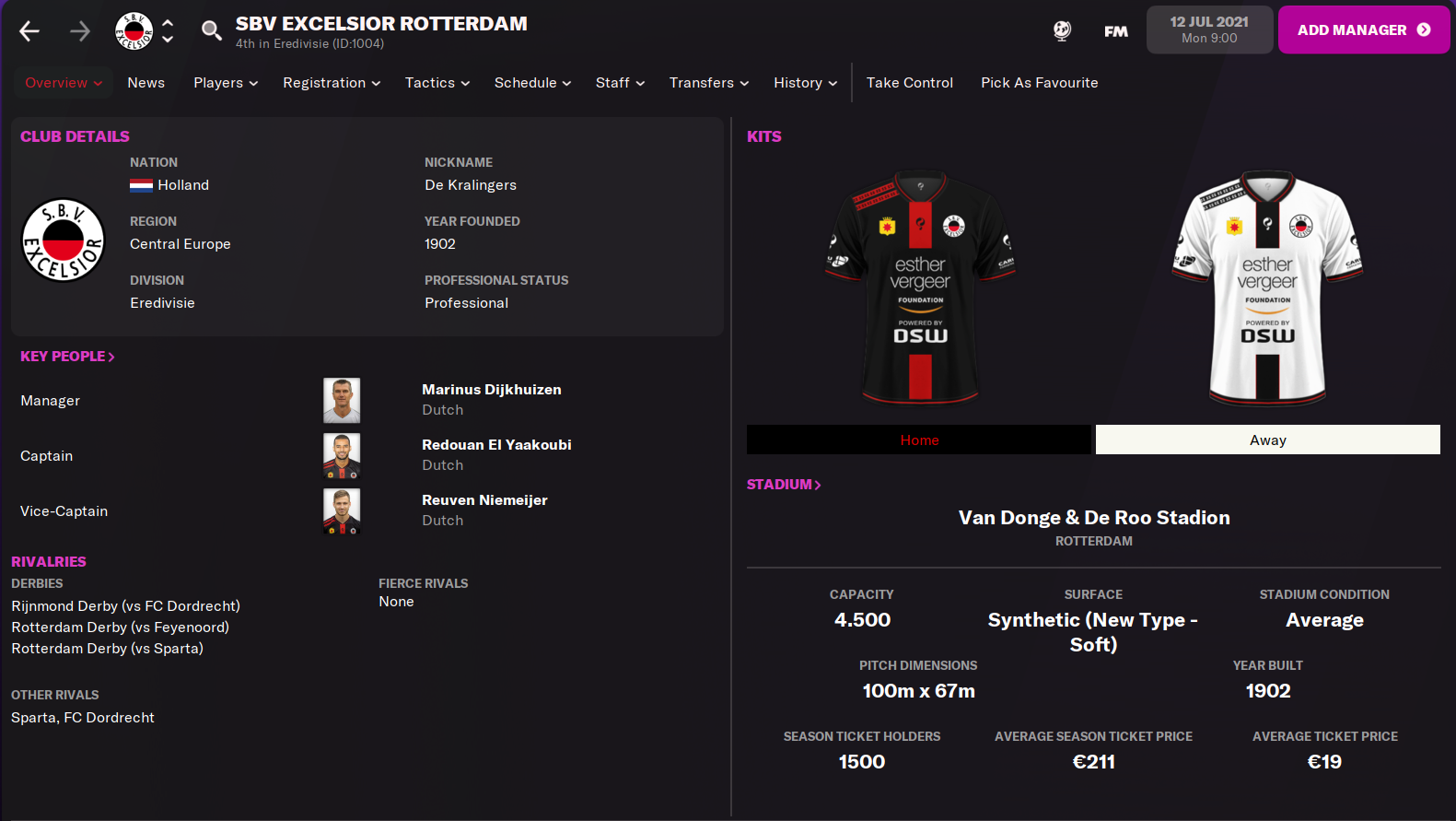